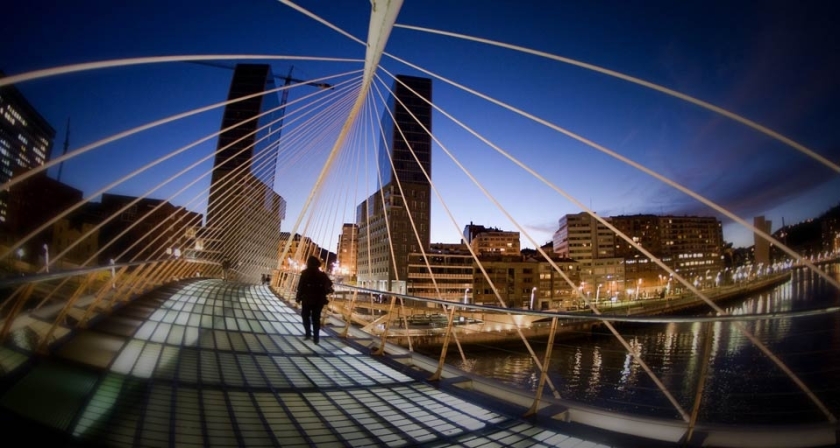 Opened in 1997, the bridge’s unusual design consists of a curved walkway which is supported by steel suspension cables from an overhead arch. The structure of the bridge is painted white and the bridge deck consists of translucent glass bricks. Access ramps and stairways are located on both banks.

The Zubizuri offers pedestrians a convenient route from hotels to the nearbyBilbao Guggenheim Museum.

Since its opening, it has been subjected to praise as a symbol of the new Bilbao and as a draw for tourism. Architectural professor Alexander Tzonis wrote:[

“The intelligence, vitality, and originality of the bridge’s…